•Max Out Entertainment in Your Journey
Car Auto Play- A Smart Way to Use an iPhone in the Car
Simply connect the optional XTRONS CP01 to your head unit and be amazed on how incredibly intuitive it becomes to connect your iPhone onto it its screen. Via the inbuilt zLink technology and its voice control function, everything is designed to bring the best out of your iPhone and establish a close connection with the head unit.
The CP01 does not support Android phone.
The CP01 supports iPhone 6 and later models with iOS 10 and later versions.
Note: The CP01 is not included. Optional
Online Maps, Free to Navigate
Support Sygic, iGO, Waze and any other navigation software that is compatible with Android OS. Never worry about getting lost now.
Supports Bluetooth 5.0
Hands-free Calls | Audio Streaming | Voice Control
You can control many of the phone functions with your voice. Connect your phone to the unit via Bluetooth and tap the microphone icon on the unit screen to issue a voice command.
You can do things such as get directions, make calls, send and receive messages and listen to music. Best of all it is in a way that allows you to stay focused on the road.
DAB+ Tuner Ready
With the optional DAB+ radio receiver stick, which connects via the USB port, you can enjoy better sound quality and stronger digital audio broadcasting channel.
Note: DAB+ radio receiver stick(Optional)

Screen Mirroring
Instead of fighting the temptation to use your phone whilst driving, let Screen Mirroring save the day. Simply connect your Android smartphone or iPhone to the head unit, and you’ll be able to safely and easily access your phone’s navigation, music, and other apps from it. This gives you access to a whole host of apps you use every day, in a format designed for use whilst driving.
Note: Not all smartphones are compatible with screen mirroring function.
Access the Internet at Any Time
Built-in Wi-Fi Module
You can surf the internet on your head unit simply by using your mobile device as a hotspot.
4G Internet Sharing
You can also access the internet by inserting a SIM card into the optional 4G wifi router dongle and use it as a hotspot to connect the head unit, tablets and laptops in your vehicle.
Note: Other 3G / 4G dongles may not compatible with this unit.
Built-in USB & SD Slot
128GB (the max files in the USB & SD should be within 8GB)
Region Free DVD Player
The DVD player is compatible with most DVD and CD discs that are available on the market.
Built-in Radio Tuner
This unit comes with a radio tuner, storing up to 54 FM stations and 24 AM stations.

•Keeping Informed and Staying Safe
Steering Wheel Control
The Steering Wheel Control function allows you to take easy control on switching songs, changing radio channels and adjusting volume from the buttons on your steering wheel.
This provides convenience and safety by allowing you to keep your hands on the wheel.
Dual Channel CANbus
The dual CANbus is designed to fit perfectly for Volkswagen | SKODA | SEAT, it builds a close relationship between this unit and your car.
Your car’s original functions can be displayed on this unit.
OBD2 – A Window for You to Diagnose Your Car Status
With the OBD2 function on this unit, you are able to retrieve real-time data and trouble codes from your vehicle’s computer. The data obtained from your vehicle is presented in an easy-to-read format.
Note: The OBD2 scanner box isn’t included (Optional)
Tire Pressure Monitoring (TPMS) is Available
After having correctly installed the TPMS to your car’s wheels, the sensors will automatically monitor tire pressure and temperature which is transmitted as real-time data to the driver.
Note: Tire pressure monitoring receiver system is not included (Optional).
Video Input Ports for DVR & Camera
A DVR captures events that occur whilst driving, providing safety features such as collision footage. A front or reversing camera provides a way of safer and more accurate image, ultimately adding to your and others’ safety on the road.
Note: The DVR, front view camera and reversing camera are not included Optional).

•Extended Functions for more Enjoyable Use (Optionals)
1. DAB+
Enjoy the audiophile-level sound in your car
2. TPMS
Monitors your tire pressure and temperature
3.OBD2
A window for you to diagnose your car status
4. MIC
Makes the hands free Bluetooth easier and safer
5.DVR
Helps you record your journey on the road
6.KEYBOARD
Makes the input of information on this car stereo easily
7.4G
Browse on the Internet with 3G/4G Dongle
8.CAMERA
Ensure the safety of your driving
9.Car Auto Play
The best car connecting experience for iOS phone.

How install CarPlay optional?
1. Turn the ignition OFF.
2. Plug the CP01 to the F socket of the head unit.
3. Turn the ignition switch to the ACC position.
4. Turn on Siri on your iPhone. Use an Apple approved lightning to USB Cable to connect your iPhone to the yellow USB port of the head unit. (Check the wiring diagram on the top of the unit for the information).
5. Tap the Zlink icon on the screen of head unit.
6. Approve the prompt to unlock your iPhone to start.
Note: Supports iPhone 6 and later models with iOS 10 and later versions. 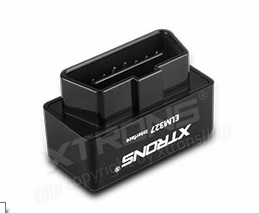 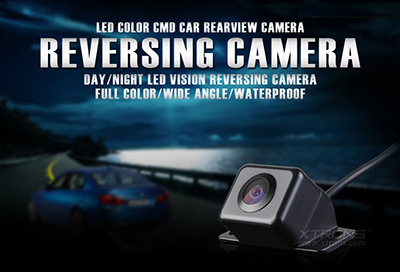 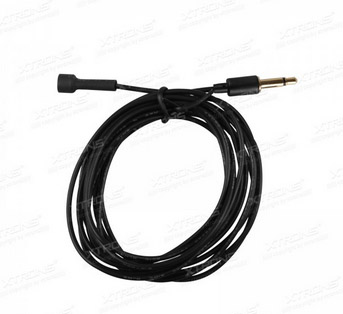